In China, Vivo has just released its flagship X90 series. In the next weeks, the business plans to release the X90 series, its flagship product, in India and other regions across the world. The Vivo Y02, on the other hand, is a more affordable option for those just starting out. A release of the phone is expected. Launch in India is scheduled during the first week of December. Following the release of the phone's concept art, we now provide the first live footage of the next Vivo smartphone.

Retail sources verified Y02 specs. Let's check out the Vivo Y02's specs, live photos, and other leaks before its launch.

The Vivo Y02 is an affordable smartphone option that will be available very soon. The live photos and videos that can be seen online seem very much like the design renderings that were revealed before. 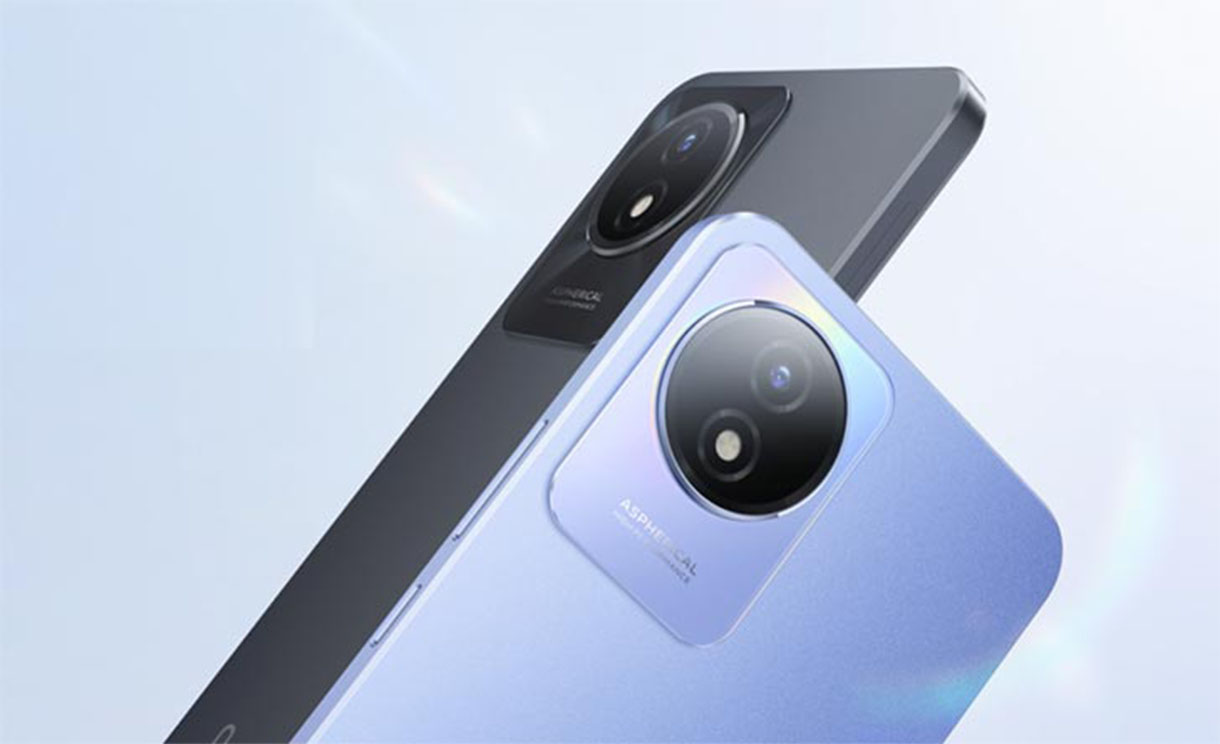 The live video reveals that the phone has a flat frame design and that it is available in two colors, Orchid Blue and Cosmic Grey. A single-camera sensor and an LED flash are housed inside a rectangular cutout, which sits above a big circular cutout for the camera module. The tray for inserting SIM cards is located on the left side of the phone, while the power button and volume controls are located on the right edge.

At the very top of the screen, the front panel of the Y02 includes a cutout that resembles a water droplet. This cutout is for the display. The bezels that surround the screen are rather tiny, in addition to having a visible chin in the middle of the device. The 3.5mm headphone jack and the speaker grille are positioned on the bottom edge of the device, while the USB Type-C connection is situated around the rim of the device's bottom edge.

Under the hood of the Y02 is a battery with a capacity of 5000 mAh. It will come with the capability to charge at 10W. It has an inbuilt storage capacity of 32 GB. The sensor of the main camera is 8 megapixels. There will be a display that is 6.51 inches and HD+ quality. The front-facing camera will include a 5-megapixel sensor for taking high-quality selfies. Through the use of a micro SD card slot, there will be support for storage extension of up to 1 terabyte. In addition to this, we disclosed that the MediaTek Helio P22 SoC and 3 GB of RAM would come standard on the Y02.